The oldest auction house in Denmark, Bruun Rasmussen is known for its many live and online auctions of fine and decorative art, furniture and design items, wine, jewelry, watches, Russian icon art, and books. In fact, this reputable Scandinavian auction house holds auctions almost every day, offering valuable and collectible items for any taste and budget. In our previous blog posts, we wrote about some of them and their incredible results as well. However, today, we want to present one more upcoming Bruun Rasmussen auction dedicated to Russian icon art, which will be held on March 15. Moreover, all the lots are already available for bidding online. Here are several highlights you do not want to miss!

A large Russian icon depicting some of the major healers of the Orthodox Church, who are called the Holy Unmercenary Doctors, with the description of the illness/sickness they can cure (see photo above). Tempera on wood. 53.5×45.5cm.

A large Russian icon depicting Jesus Christ with His right hand in the gesture of blessing, holding an open book in His left hand, which represents one of the most venerated and beloved religious images of Christ. Tempera on wood panel. 52×41cm. 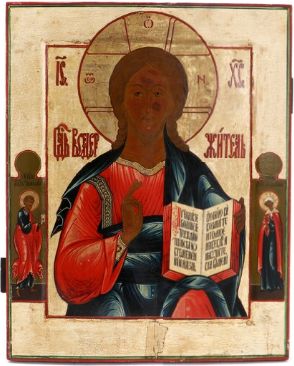 A perfect example of 18th-century Russian icon art, depicting the Mother of God chest-length, with the Child Christ standing next to her, an image known as Our Lady of Kazan. Tempera on wood panel. 31×25cm. 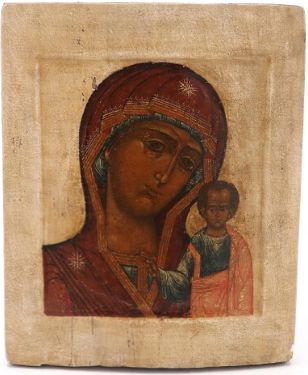 4. Russian icon of the Intercession of the Theotokos (18th – 19th century)

A large Russian icon with the scene of the Intercession of the Theotokos, depicting the Mother of God with a small veil that symbolizes the protection of the Christian people, surrounded by angels, apostles, and saints. Tempera on wood panel. 52×41cm. 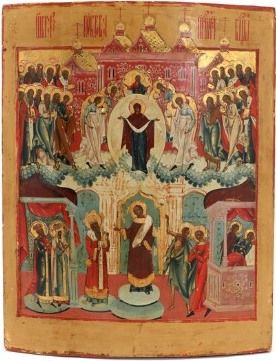 A Russian four-parted icon depicting the Mother of God “Deliverance from the Afflictions of the Suffering,” “Don’t cry for me, Mother,” St. Nicholas of Moshajsk, and St. George. Tempera on wood panel. 35×31cm. 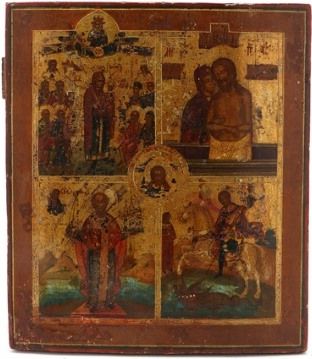 The above antique icons are only several examples of Russian icon art to be auctioned by Bruun Rasmussen on March 15. The upcoming online auction features 41 lots, so it will be very interesting to know the results.