The 1st of December was marked by an exciting Russian art & icons sale held by Bruun Rasmussen in Copenhagen. Featuring 161 lots, it was distinguished by several very important auction results. For example, among the highlights were the 19th-century Russian silver-gilt and colored champlevé enamel tea caddy sold for $28,000 while being estimated at only $8,000 – 12,000, and a set of six Russian late empire mahogany bergéres, which went under the hammer for almost $18,000 while being estimated at $12,000. As for the collection of Russian icons, among the most successful lots were antique icons of Christ Pantocrator. However, let’s first look at the icons we wrote about previously.

It is worth noting that not all Russian icons went under the hammer at the Bruun Rasmussen Russian art & icons sale on December 1. Thus, much to our surprise, the icon of the Pokrov Mother of God and the Six Days “Shestodnev” icon remained unsold. Along with that, several other Russian icons showed very interesting results, sometimes greatly exceeding the estimate. In particular, this applies to:

1. Icons of Christ Pantocrator and Our Lady of Kazan (Moscow, early 20th century)

These beautiful icons depicting Christ Pantocrator and Our Lady of Kazan (see photo above), covered by the embossed and chased silver-gilt oklad and mounted in double kiot, were sold for an impressive $18,000 while being estimated at only $3,000 – 4,000.

Another example of Russian icons with the depiction of Christ Pantocrator, covered by silver-gilt oklad and halo, went under the hammer for $12,000, four times exceeding its low estimate ($3,000 – 5,000). 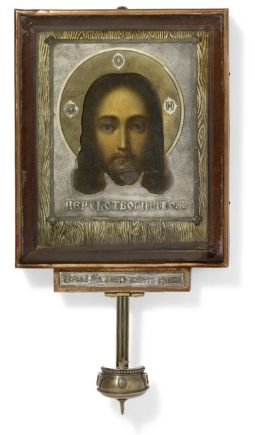 Finally, it is impossible not to mention one more icon of Christ Pantocrator, covered by silver rizza with cloisonné enamel ornaments and pearls, which was sold, as expected, for $24,000. 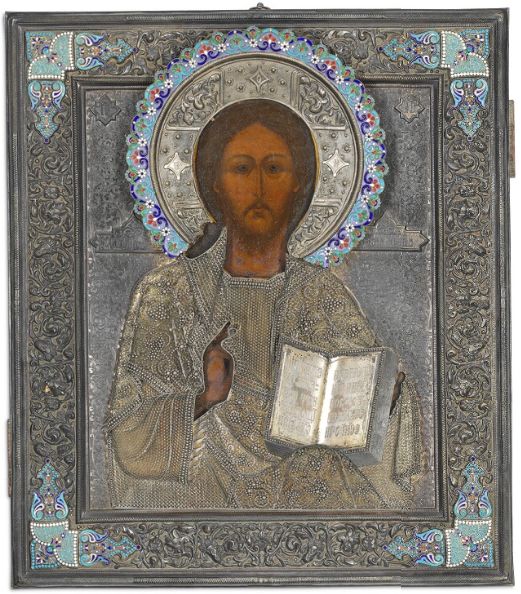 While the Russian art & icons sale is over, another Bruun Rasmussen auction you might be interested in is happening right now. This online sale of Russian icons and art will run until tomorrow, December 4.