As you know, the Moscow’s Tretyakov Gallery is the world’s foremost depository of Russian art. Moreover, along with such masterpieces of fine art as the Black Square by Kazimir Malevich and the Composition VII by Wassily Kandinsky, its collection features the rarest and finest examples of antique Russian icons, including those attributed to Andrei Rublev and even St. Luke the Evangelist. In one of our previous blog posts, we wrote about some of the most important antique icons dating to the 12th century, which are now kept in the Tretyakov Gallery. This time, let’s take a closer look at the Russian icons painted in the 13th century.

According to Eastern Orthodox tradition, a Deesis is a representation of Christ Pantocrator surrounded by the Mother of God and St. John the Baptist, sometimes depicted with other saints and angels. This particular example (see photo above) was created in the early 13th century, presumably in Vladimir-Suzdal. Besides, it is believed that this antique icon was once placed above the tomb of St. Philip II, Metropolitan of Moscow, in the Cathedral of the Assumption in Moscow Kremlin.

This important example of antique Russian icons with the well-known Orthodox Christian depiction of the Mother of God in prayer, with hands reaching upwards, was painted in Yaroslavl in the first third of the 13th century. 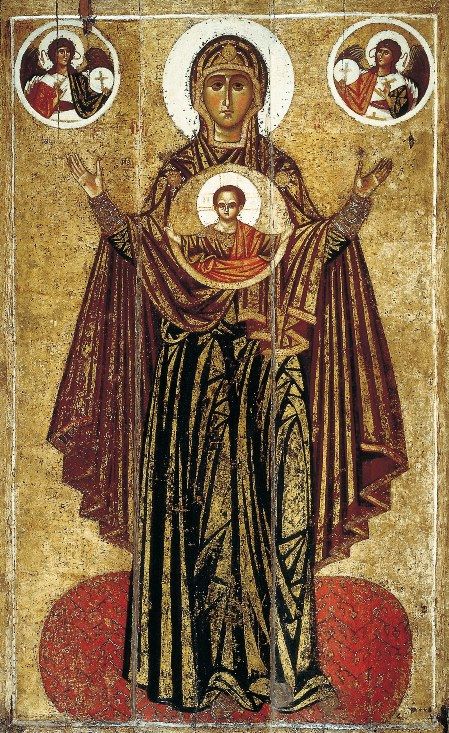 3. The Holy Mandylion (Image of Edessa)

The Holy Mandylion (Image of Edessa) also known as Savior Made Without Hands is one of the most venerated Christian icons of Jesus Christ kept in the Tretyakov Gallery. It was also created in Yaroslavl in the first half of the 13th century. 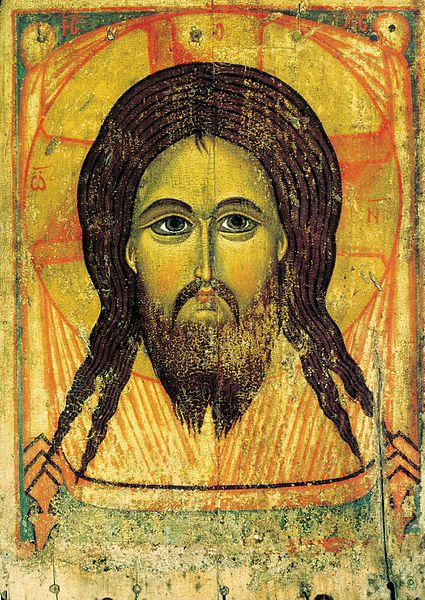 4. The Virgin of Sven, with Sts. Anthony and Theodosius Pechersky

This hand-painted icon of the Virgin of Sven is among the most important antique Russian icons depicting the Mother of God with Sts. Anthony and Theodosius Pechersky. It was painted circa 1288 in Kiev and once belonged to the Svensky Uspensky Monastery located on the Svin River several miles from Bryansk, Russia. 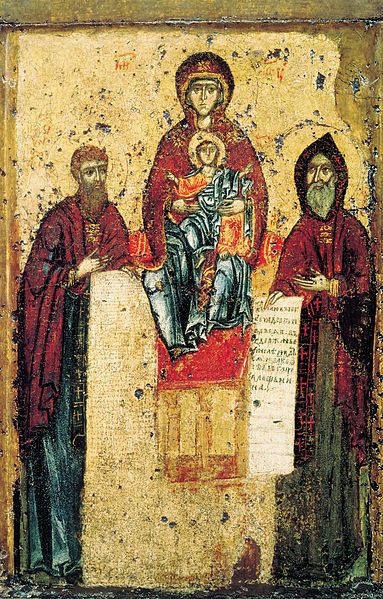 5. The Virgin of the Tolga

One more stunning example of antique Russian icons preserved in the Tretyakov Gallery is a large Orthodox icon of the Virgin of the Tolga, which is also called Tolgskaya I. It was painted in the last quarter of the 13th century. 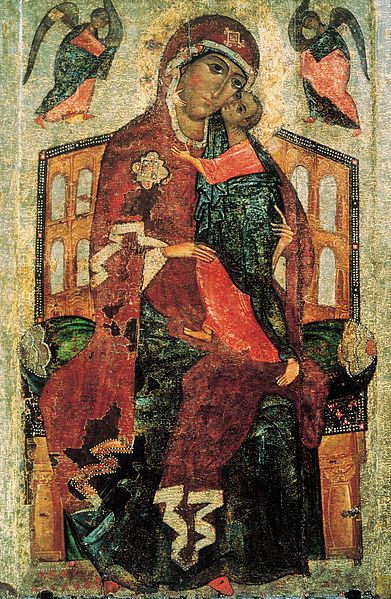 These were some of the best antique Russian icons from the 13th century, which are currently kept in the Tretyakov Gallery. Stay with us to learn more about the rarest and finest Christian icons from this museum’s collection!