Antique Icons of the Mother of God Attributed to St. Luke

According to the legend, the very first Christian icon of the Mother of God was painted by St. Luke himself. While some people think that this holy image was lost during the Middle Ages, there is also a belief that it was brought to Constantinople by a Byzantine Empress in the 5th century and hidden in the Hodegon Monastery built specifically for it. In such a case, it becomes understandable why all the copies of this antique icon are now called Hodegetria. However, we do not know the truth behind this legend, as well as we do not know how exactly the Mother of God looked like. All we know is that there are several antique icons depicting the Blessed Virgin Mary, which are attributed to St. Luke the Evangelist.

1. Our Lady of Vladimir

Our Lady of Vladimir is the first Christian icon that comes to mind when people think about antique icons of the Mother of God attributed to St. Luke. It is believed that it was brought to Vladimir from Constantinople in the early 12th century and, since then, has been the most highly venerated antique icon of the Virgin Mary in Russia. It is now displayed in the Tretyakov Gallery in Moscow. 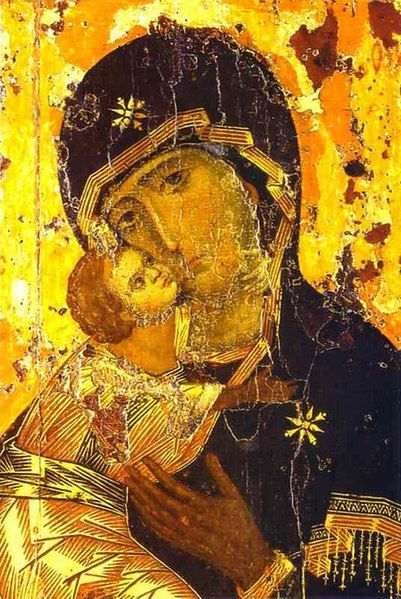 2. Our Lady of Perpetual Help

This beautiful 15th-century hand-painted icon is considered to be a copy of the first Hodegetria image painted by St. Luke. According to a parchment found together with the icon, it came to Rome from the island of Crete where it was stolen from a monastery.  Our Lady of Perpetual Help is now located in the Church of St. Alphonsus Liguori. 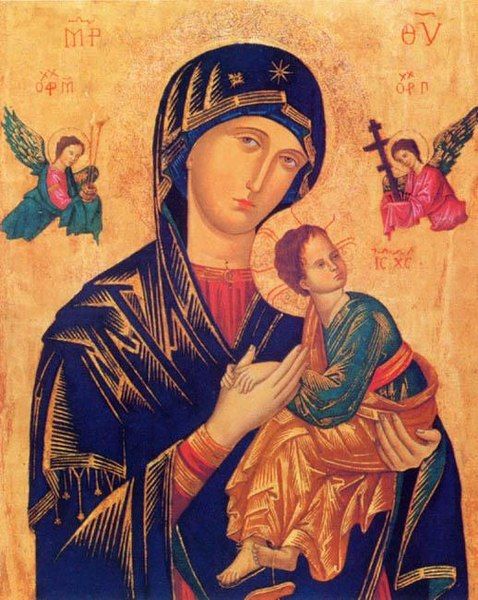 Known as “Protectress and Health of the Roman People,” Salus Populi Romani is another example of antique icons of the Mother of God located in Rome. For today, this important religious icon depicting the Theotokos with Christ Child is enshrined in the Basilica di Santa Maria Maggiore. 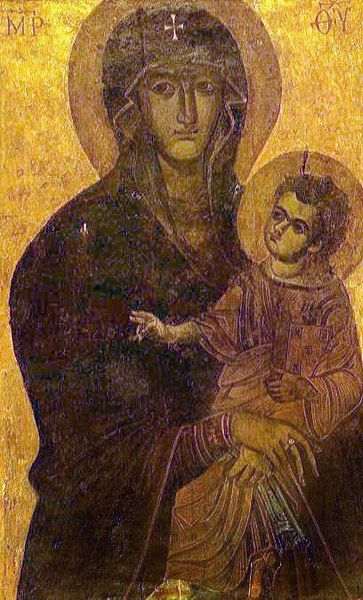 4. Our Lady of Czestochowa

Our Lady of Czestochowa also known as the Black Madonna of Czestochowa is one of the most revered antique icons of the Mother of God, which is believed to be painted by St. Luke the Evangelist on a cedar table top made by Jesus Christ. It is currently housed at the Jasna Gora Monastery in Czestochowa, Poland. 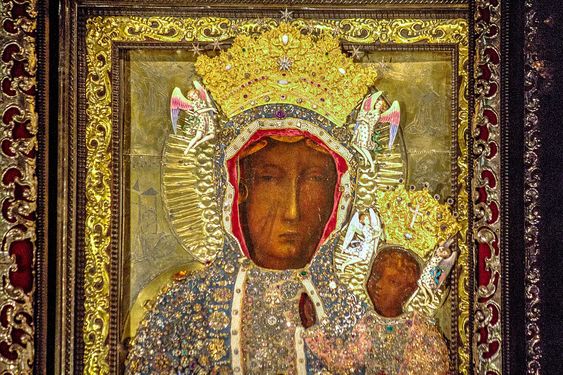 It is also worth noting that all of the above antique icons of the Theotokos are among those rare early Christian icons that are considered miracle-working, which makes them even more special and unique.