The Tretyakov Gallery is the main and most popular museum of Russian national art in the world, distinguished by its impressive collection of paintings, sculpture, graphics, and antique icons spanning the entire history of Russian art. Besides, it is a reputable scientific, research, educational, and cultural center known for an array of art exhibitions and public programs for any taste. Moreover, when it comes to antique Russian icons, the Tretyakov Gallery is also home to some of the oldest and most valuable of them, including such religious icon art masterpieces as Our Lady of Vladimir attributed to St. Luke the Evangelist and the Holy Trinity painted by Andrei Rublev. Here are several more antique Russian icons dating to the 12th century in the Tretyakov Gallery collection you should know about:

The Ustiug Annunciation (see photo above) is one of the oldest Russian icons in the collection of the Tretyakov Gallery and also one of a few surviving antique Russian icons of the pre-Mongol period. Painted in Novgorod in the 1130 – 1140s, it got its name after a miracle happened in Ustiug in 1290.

Painted in Novgorod before the Mongol invasion of Rus, presumably in the 1130 – 1140s, this antique icon of St. George was once the main icon of the Yuriev Monastery that is often cited as Russia’s oldest monastery. It shows St. George as a warrior, not as a young martyr, which became common in Byzantium in the 10th century. 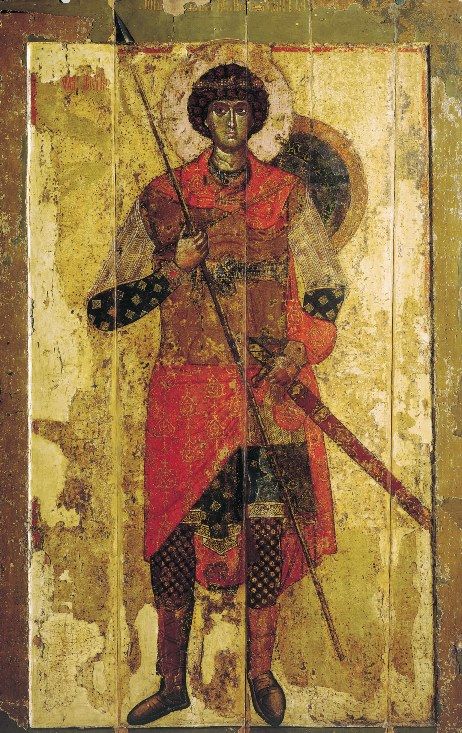 3. Mandylion (Image of Edessa) & The Adoration of the Cross

This unique example of antique Russian icons with the holy image of Savior Made Without Hands was painted in Novgorod in the second half of the 12th century. It is distinguished by its reverse side featuring the scene of the Adoration of the Cross. According to one version, this important icon was created by Olisei Grechin. 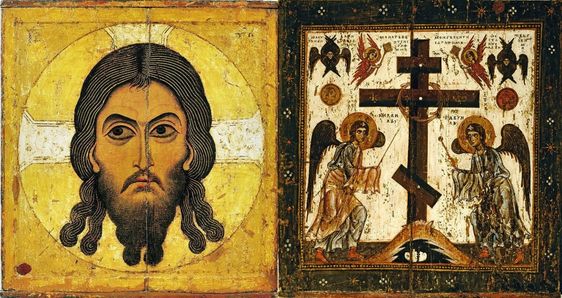 Painted in Vladimir, the icon of Christ Emmanuel with Angels, sometimes referred to as the “Angelic Deisis,” also dates back to the pre-Mongol period of the 12th century. It is believed to be created by the same masters who painted the Cathedral of Saint Demetrius by order of the Grand Prince of Vladimir Vsevolod the Big Nest. 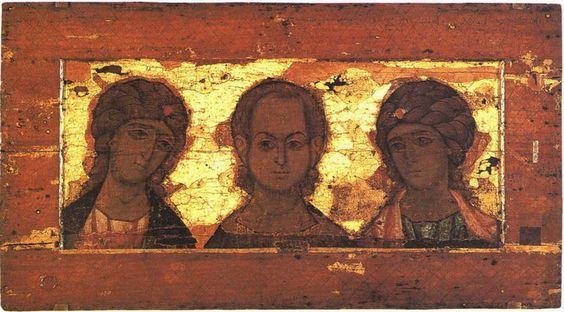 There are certainly much more important antique Russian icons in the Tretyakov Gallery collection. Stay with us to learn more about them in our future articles!