Most Strange Saints and Their Christian Icons

Homepage
>
Blog
>
Uncategorized
>
Most Strange Saints and Their Christian Icons

Most likely, you have heard about St. Christopher and his Christian icons that are believed to protect travelers and drivers on the road. If not, there are two major things you should know about this saint. First of all, it was St. Christopher who carried Christ Child on his shoulders across turbulent waters. Secondly, in many early Christian icons of saints, he is shown with the head of a dog (see photo above). Why? There are actually many legends trying to explain this unusual depiction, from a myth featuring a dog-headed race of men to the appearance of the saint who was described as a very tall and hard man with a fearsome face. There is also a more simple explanation of the dog-headed Christian icons of St. Christopher. It is known that he was a Canaanite (Cananeus in Latin), which could be confused with another Latin word “canineus,” meaning a dog. However, St. Christopher is not the only strange Christian saint. Take a look at the following religious icon paintings and sculptures to know more about people they depict!

It is hard to believe but St. Cyprian was a pagan magician of Antioch who dealt in sorcery before being converted to Christianity by St. Justina. For this reason, Sts. Cyprian and Justina are usually depicted in Eastern Orthodox icons together. 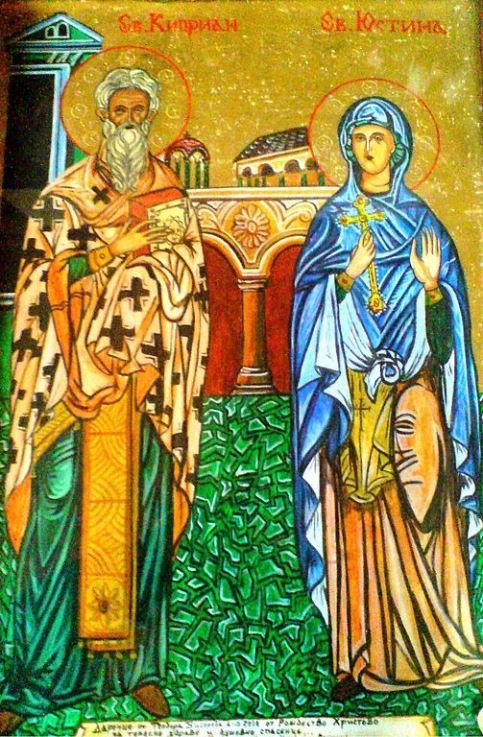 St. Drogo of Sebourg is a French saint who lived in the early 12th century. According to the legend, he stayed in the cell without any human contact for forty years because his face was so terribly deformed that he frightened people. For today, he is considered a patron saint for the ugly people and also a patron of coffee, hence his popular depiction with a cup of coffee in many modern religious icons. 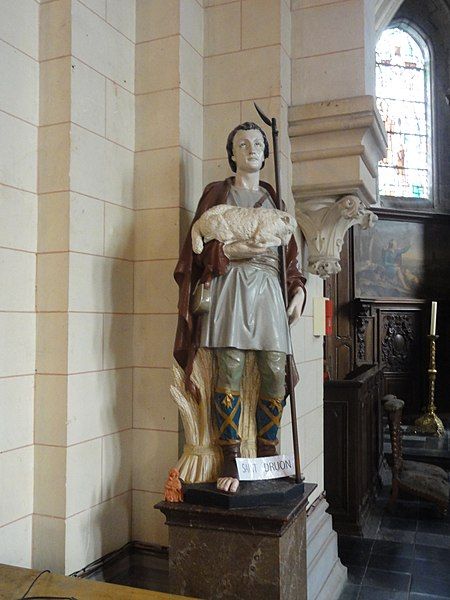 St. Isidore of Seville born circa 560 is considered the most educated man of the time, who is also regarded as the last of the Fathers of the Church. This is perhaps the reason why he is called the patron saint of computer users and the Internet. In Christian icons, St. Isidore is usually depicted as an old man with a long white beard, holding a book. 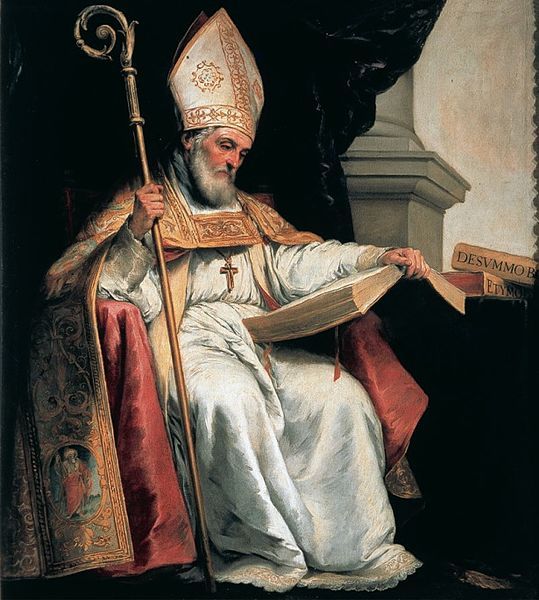 Christian icons of saints and other pieces of religious art are sometimes really surprising. In fact, to see a saint with the head of a dog or with a cup of coffee in his hand is not uncommon these days, so do not think that such religious icons are just the result of someone’s imagination.