Founded in 1969, Jackson’s International Auctioneers and Appraisers, or simply Jackson’s, has grown to become one of the leading auction houses for the appraisal and sale of fine art and antiques. It is indeed a perfect place to find truly exceptional items, including rare hand-painted icons created at different times. For example, a whole range of beautiful Russian icons is available for sale right now as part of Jackson’s Auction of Important Native American, Asian, European & American Works, which started yesterday, on April 24. Here are several of the most interesting Russian religious icons you do not want to miss!

Most beautiful Russian icons for sale

This amazing hand-painted icon with a highly popular in Russia image of Our Lady of Kazan (see photo above) was created in Moscow in the late 19th – early 20th century. It is distinguished by a spectacular chased gilded silver oklad decorated with champlevé enamel. The estimated cost of this stunning Russian icon is $10,000 – 20,000.

One more exceptional example of fine and rare Russian icons, covered by an exquisite silver-gilt repousse and enameled oklad, is this beautiful icon of the Iver Mother of God painted in the early 20th century in Moscow. It is estimated at $8,000 – 12,000. 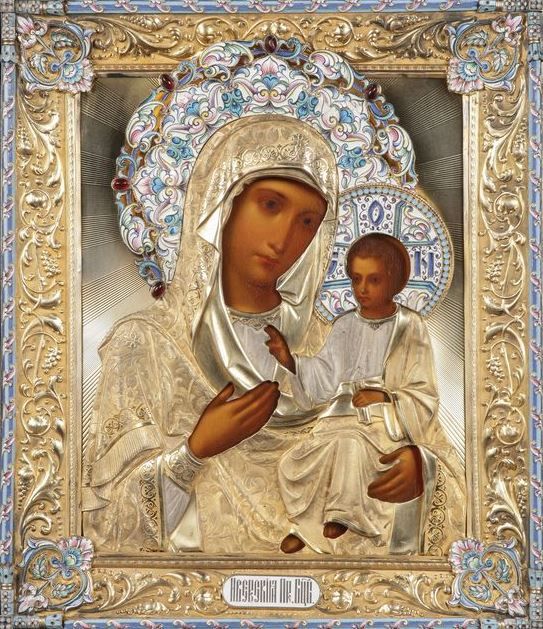 It is impossible not to mention an antique icon of Christ Emmanuel, one of the most venerated Russian icons of Jesus Christ depicting Him as a young child in a bust-length portrait manner. It was painted in the 16th – 17th century. The estimated cost of this beautiful icon is $3,000 – 5,000. 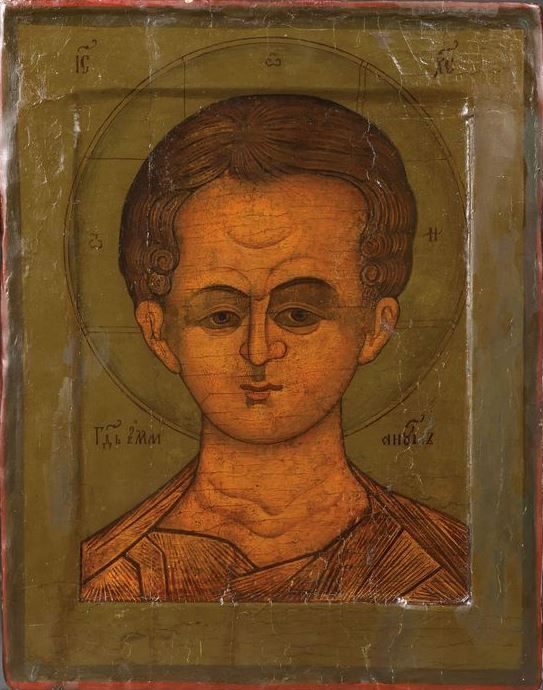 Depicting the Resurrection of Christ, one of the most popular scenes in Christian art, with selected feasts and saints, this large and impressive Russian icon was created circa 1900. It is estimated at $1,000 – 2,000. 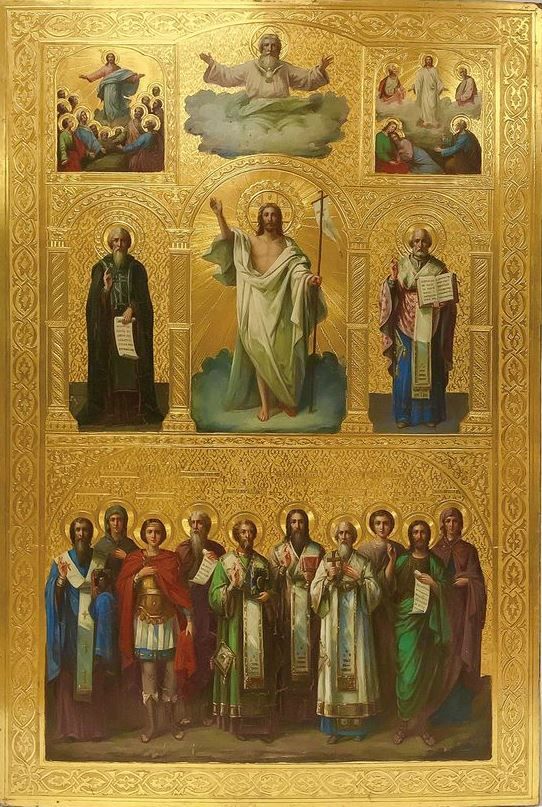 Finally, you will definitely love this amazing piece of Russian icons from the early 20th century. It is not only almost entirely covered in embroidery and beading but also painted in the same style as most paintings by a famous Russian artist Viktor Vasnetsov. This colorful icon of St. Alexis of Moscow is estimated at $1,000 – 1,500. 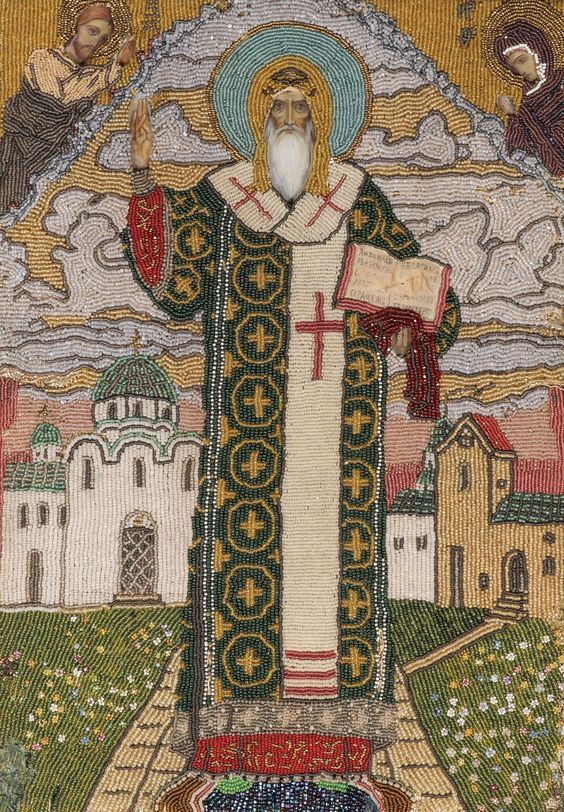 As you can see, Jackson’s Auction of Important Native American, Asian, European & American Works offers a truly fantastic selection of Russian icons created at different times and in different styles. Each of them is unique, and each of them is definitely worthy of your attention.