There are various church feasts to celebrate in November, many of which are dedicated to some of the most renowned Eastern Orthodox icons of the Mother of God, including the icon of Our Lady of Kazan (venerated on November 4) and the icon of the Mother of God of Ozerianka (venerated on November 12). As for the icons of saints, it is impossible not to mention the Christian icon of St. Matthew, one of the four Evangelists and the Twelve Apostles of Jesus Christ, whose memory is commemorated by Russian Orthodox Church today, on November 29.

St. Matthew, the Apostle and Evangelist

Unfortunately, very little is known about St. Matthew and his life. This saint, who is also often called Levi, was presumably born in the 1st century in Galilee and was the son of Alpheus. He worked as a publican, collecting money from Jews in favor of Rome, before being called by Christ. St. Matthew joined the Apostles and after the death of Jesus Christ was the first to write the Gospel account. Nothing is recorded of St. Matthew’s passing, so it is hard to say for sure whether he was martyred or his death was natural. 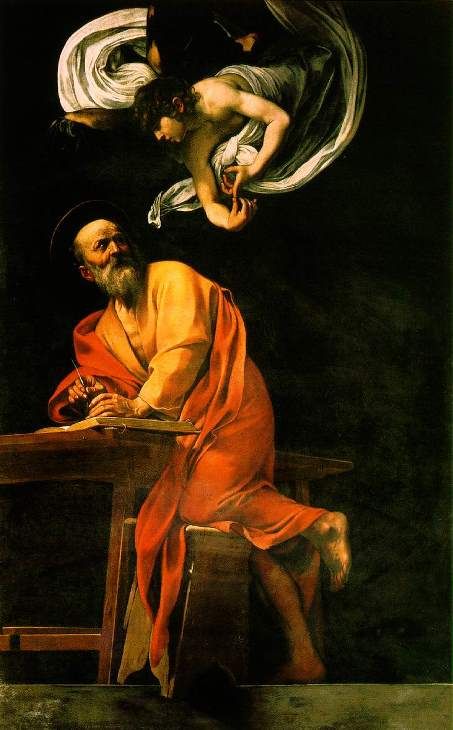 In Eastern Orthodox icons, St. Matthew is usually depicted with a long white wavy beard and close-cropped hair, holding the Gospel in his left hand, which clearly indicates that he was one of the four Evangelists. Besides, many religious icon paintings depict St. Matthew the Apostle with a winged man, one of the living creatures described in the Book of Ezekiel.

It is also worth noting that in addition to Orthodox and Catholic icons, St. Matthew is depicted in many world-known paintings, including masterpieces by Rembrandt and Caravaggio.

When are Orthodox icons of St. Matthew used for prayer?

It is believed that St. Matthew the Apostle helps strengthen the faith and protects from temptation. Plus, taking into account that he was a publican himself, St. Matthew is considered the patron saint for tax collectors, bookkeepers, bankers, and civil servants. In addition, people pray with Orthodox icons of St. Matthew the Apostle when they need help in restoring justice.

While we know little about the life and death of St. Matthew, it is undeniable that he played a crucial role in spreading the word of Jesus Christ. It is not surprising that both antique and modern religious icons depicting him have always been highly venerated by Christian believers throughout the world.