This year, March 28 marks the Sixth Week of the Great Lent. However, today is also the day commemorating many saints of the Orthodox Church, both well-known and lesser-known. In this blog post, we want to draw your attention to several of these saints and holy icons depicting them. In particular, our list includes Orthodox icons of the Holy Martyr Agapius and the Seven Martyrs with him, the Venerable Nicander, Monk of Gorodnoezersk, the Holy Martyr Nicander of Egypt, and the Hieromartyr Alexander of Side.

The Holy Martyrs Agapius, Timolaus, Romulus, Pauplios (Publius), two named Alexander, and two named Dionysius were martyred for their faith in Christ during the reign of the Emperor Diocletian (284 – 305) in the city of Caesarea, Palestine. Orthodox icons of saints usually depict them separately or in groups of three or five (see photo above) with St. Timolaus in the center.

Little is known about the Venerable Nicander. However, one thing is certain: at the beginning of the 17th century, he founded a wilderness monastery with a church in honor of the Resurrection of Christ at the shore of Lake Gorodna in Novgorod region, Russia. For this reason, Venerable Nicander is often depicted in Orthodox icons of saints next to the monastery building. 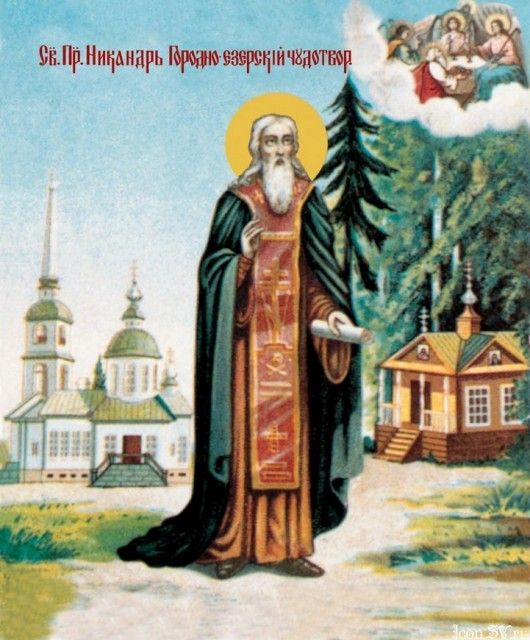 The Holy Martyr Nikander was a physician in Egypt, known for helping Christians locked up in prison. Just like Holy Martyr Agapius and the Seven Martyrs with him, he was martyred during the reign of the Emperor Diocletian. Hand-painted Orthodox icons of this saint are quite rare. However, there are some frescoes in ancient monasteries and churches, depicting the Holy Martyr Nikander with a cross in his hand. 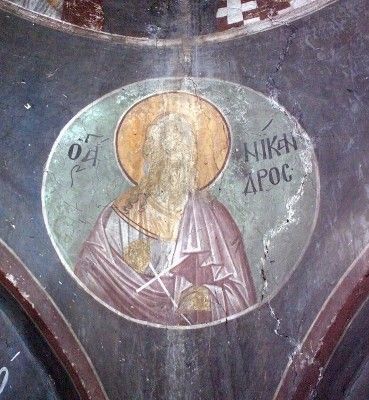 The Hieromartyr Alexander was a presbyter in Side, Pamphylia, who lived and suffered for Christ during the reign of the Emperor Aurelian (270 – 275). He is known for undergoing all the tortures with surprising endurance until he was finally beheaded. Orthodox icons of saints usually depict the Hieromartyr Alexander full-length, alone or with his torturer. 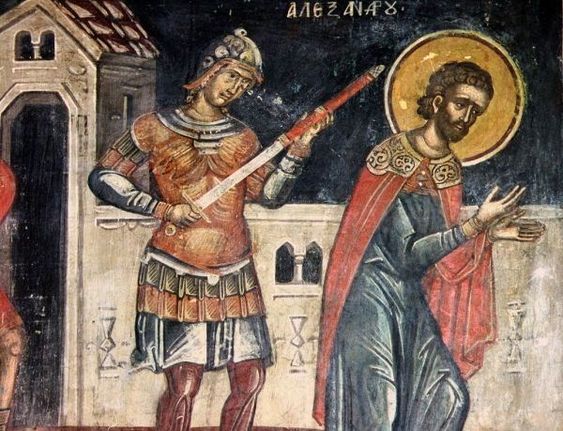 In conclusion, it is worth noting that along with these Orthodox icons and saints, March 28 is also the day to commemorate St. Zachariah, Pope of Rome (679 – 752), St. Hebarestes who was a steward of a Jerusalem’s church, and several other saints of a later period. Each of them is important, and each of them is definitely worthy of your attention.