Icons of Saints to Venerate in January

Homepage
>
Blog
>
Uncategorized
>
Icons of Saints to Venerate in January

January is a very important month in the Orthodox calendar, marked with many significant events, including Christmas, the Circumcision of Jesus Christ, and the Holy Epiphany. However, along with these large Feasts, there are many other days devoted to honorable saints and holy icons that are also commemorated by Orthodox Christian believers. In this blog post, let’s look at some of the most popular religious icons of saints venerated in January.

St. Basil the Great, also called Basil of Caesarea, was born around the year 330. He was an influential Greek theologian and a bishop of Cappadocia (modern-day Turkey), who additionally occupies a very important place in the history of Christian liturgy. Eastern Orthodox icons of St. Basil the Great (see photo above) usually depict him in a phelonion decorated with multiple crosses, holding a book in his left hand.

It is believed that Malachi was the last prophet of the Old Testament era, who lived during the Persian period. This holy prophet is also known for writing the so-called Book of Malachi intended to correct social behavior and lax religious of the Israelites. As for the Christian icons of saints depicting Malachi, he is usually shown holding an unfurled scroll in his hands. 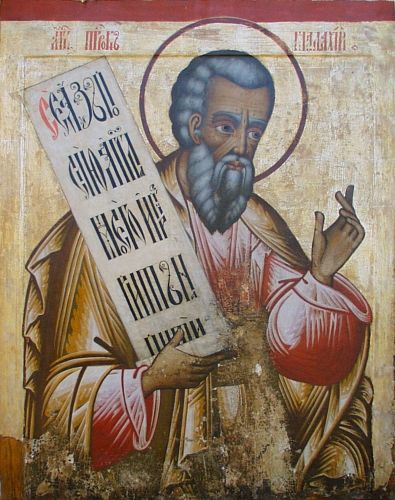 Born in 1507, St. Philip II (Feodor) was a Russian monk, who became Metropolitan of Moscow and All Russia during the reign of Ivan IV of Russia largely known as Ivan the Terrible. Just like St. Basil the Great, he is usually depicted in religious icons of saints dressed in a phelonion, with a book in his left hand. 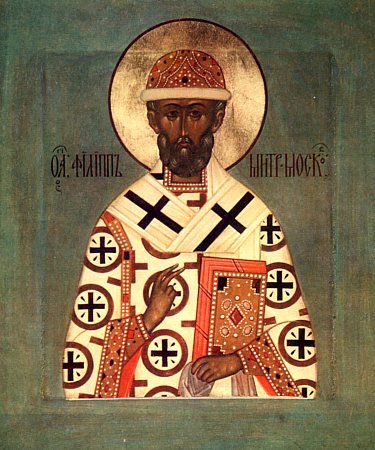 St. Nina (or St. Nino), Equal to the Apostles and Enlightener of Georgia, is one of the most venerated saints of the Georgian Orthodox Church. Born circa 280, she is considered to be a relative of St. George. Eastern Orthodox icons of saints always depict St. Nina with a grapevine cross that has become a symbol of Georgian Christianity. 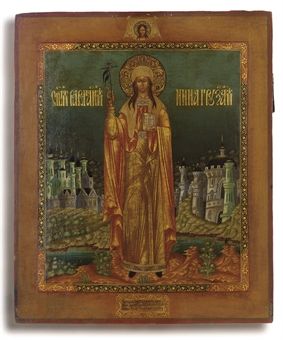 There are certainly much more religious icons of saints, as well as significant events, to commemorate in January. This month is indeed very important for the entire Orthodox world.