Several days ago, Shapiro Auctions held its first Auction of Fine and Decorative Art this year, which featured an impressive collection of American, European, Russian, and Asian works of art. The top lot of the sale was an oil on canvas painting by Philip Andreevich Maliavin, entitled “A Laughing Village Baba,” which was sold for an impressive $197,000 while being estimated at only $40,000 – 60,000. As for antique Russian icons we wrote about in one of our previous blog posts, the results are the following:

It is also worth noting that the Russian icon of Christ Emmanuel, painted in the 17th century in Northern Russia, remained unsold. Nevertheless, there were several other interesting Russian icons sold at Shapiro Auction of Fine and Decorative Art we want to tell you about.

Russian icon of Our Lady of Kazan

This amazing example of antique Russian icons with the image of Our Lady of Kazan, distinguished by its beautiful gilt silver oklad with cloisonné enamel halos, was estimated at $4,000 – 6,000. However, it went under the hammer for $8,125, more than doubling its low estimate. 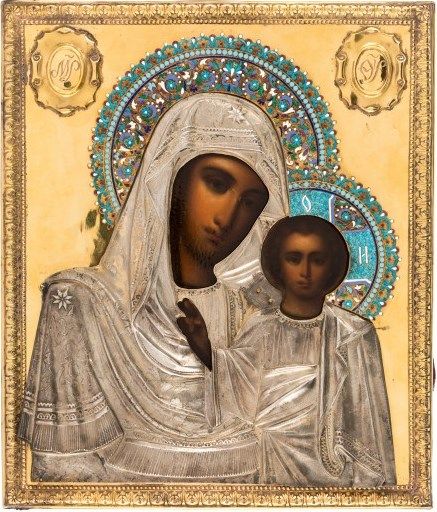 Russian icon of the Virgin of Tenderness (Eleusa) in oklad

One more fantastic example of Russian icons depicting the Mother of God with Christ Child in Eleusa type, this time covered by a precious gilt silver oklad with cloisonné enamel halos, was sold for $6,250 while being estimated at $4,000 – 6,000. 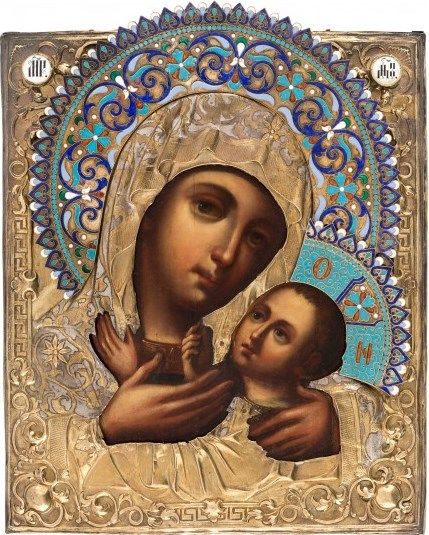 Russian icon of the Archangel Michael

This well-preserved piece of the 19th-century Russian icons painted in Moscow region, with the depiction of the Archangel Michael on a winged horse, defeating Satan, was estimated at only $1,200 – 1,800. However, it was hammered for $2,925, bringing an excellent result for Russian icons of this type. 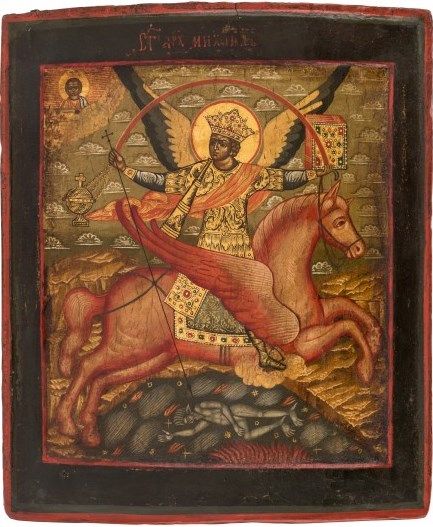 In general, Shapiro Auction of Fine and Decorative Art held on March 7 was a big event for collectors, dealers, and connoisseurs of religious icon art alike. Hopefully, the next auction held by Shapiro Auctions will be no less impressive.