In our previous blog post, we wrote about the latest results of the Sotheby’s London sale dedicated to antique Russian icons and pre-revolutionary Russian art. However, there was one more important auction we want to tell you about. Titled “New Year and Christmas Russian icon sale,” it was held on December 25 in Moscow and featured 90 antique Russian icons from the 17th – early 20th centuries. Among the highlights were many stunning works by Palekh and Mstyora masters, but the top lot was an absolutely unique iconostasis (see photo above) from the well-known collection of Mikhail De Bouar (Elizavetin).

Created in the first half of the 19th century, this beautiful folding iconostasis depicting the Annunciation and selected saints represents a perfect example of Palekh religious icon art. It went under the hammer for a record $52,000, becoming the most expensive lot sold at the New Year and Christmas Russian icon sale.

It is also impossible not to mention the following three antique Russian icons sold on December 25:

This antique icon depicts the Coronation of the Holy Theotokos as Queen of Heaven and Earth, a subject in Christian art, which was especially popular in Italy in the 13th – 15th centuries. As for Russian icon art, the coronation of the Virgin Mary is a pretty rare scene, which makes this icon particularly important. It was hammered for $5,500. 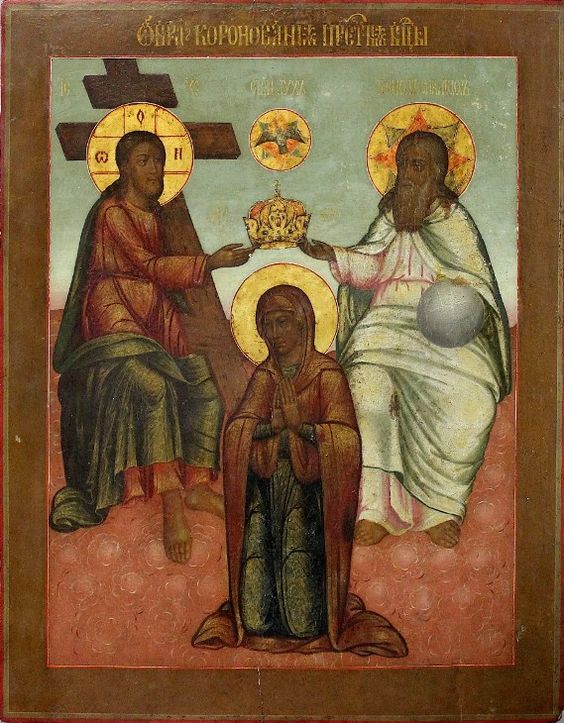 2. Our Lady of Kursk, Found Among the Roots (early 19th century)

“Our Lady of Kursk, Found Among the Roots (Korennaya)” painted in Palekh in the first third of the 19th century also comes from the M. De Bouar’s collection of antique Russian icons. This lot was sold for $5,000. 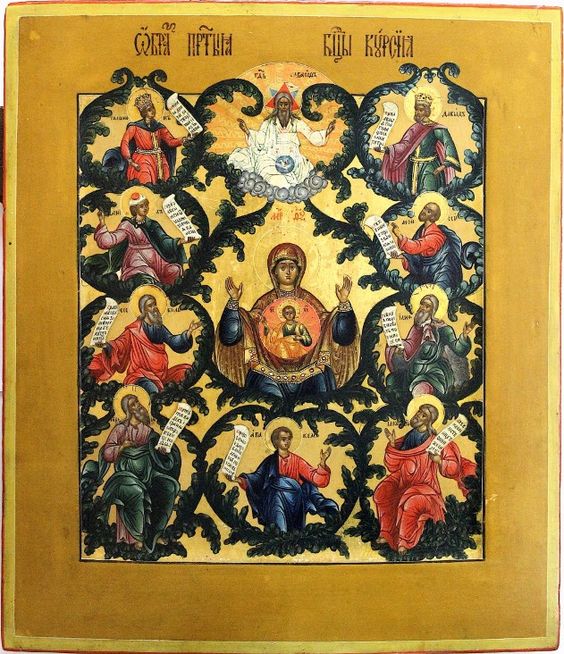 Created in the Frolov workshop in Moscow, this icon depicts the Holy Great Martyr George killing a dragon, a scene that has always been one of the most popular in Russia and throughout the whole Christian world. It went under the hammer for $5,100. 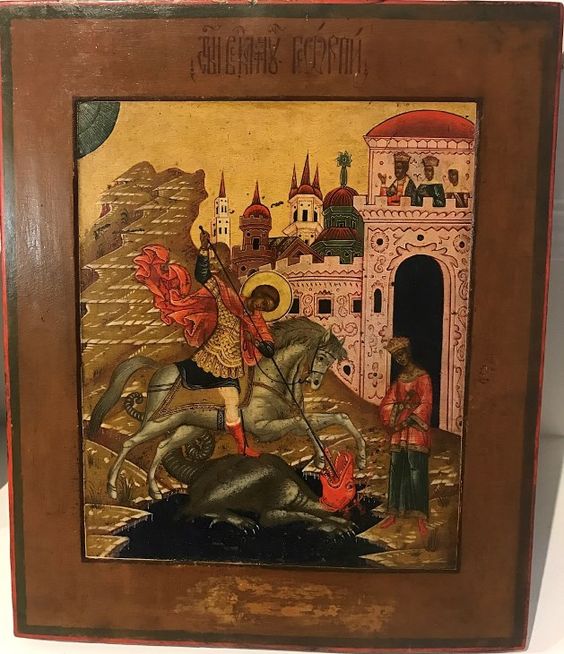 Russian Icon wishes you a very happy New Year and hopes all your goals and expectations will be fulfilled! May God bless you and keep you and your family protected and in good health! As for our team, we will continue to share the most interesting information and the latest news about antique Russian icons for your enjoyment!