Garments and Their Meaning in the Orthodox Icons of Saints

While religious icons of Christ and the Mother of God remain the most beloved and revered icons in the Christian world, it is impossible to imagine a church or an icon corner without icons of saints. After all, they are an integral part of Orthodox dogma and some of the most important means of worshipping. However, since there are many religious icons of saints, it is pretty challenging sometimes to determine who exactly is depicted in a particular icon. This is where the following information may come in handy. So what are the garments worn by saints in the Orthodox icons?

Bishops and archbishops are depicted in liturgical garments. These usually include a sakkos, which symbolizes the tunic of disgrace worn by Christ shortly before and during His crucifixion, an omophorion draped about the shoulders, which is a symbol of the ecclesiastical and spiritual authority, and a miter, which represents a special type of headgear decorated with small icons and precious stones. Besides, bishops and archbishops can also be depicted in a phelonion, which is often decorated with a pattern of multiple crosses. 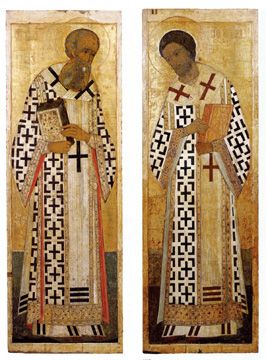 Martyrs and righteous princes are often depicted in the military dress worn in Byzantine and Ancient Rus. Their garments usually include a short tunic, a shirt of mail, which reminds us of the God’s grace protecting from the invisible enemy, leggings or hose, and special military boots called kampagia. In addition, many martyrs and righteous princes depicted in the Orthodox icons of saints wear a mantle that can be secured by a fibula decorated with ornaments or precious stones. 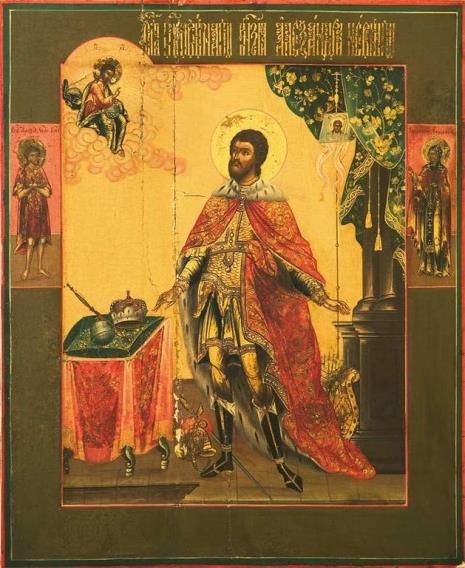 Monks depicted in the icons of saints are distinguished by an ankle-long tunic or chiton and a loose mantle, symbolizing truth, purity, and virtue. Besides, some monks and venerable fathers can be depicted wearing a hooded garment called a cowl and an analabos, which is a cloak decorated with crosses. Female martyrs and myrrh-bearers are usually depicted with a covered head, which is in accordance with the words of Saint Paul who wrote, “the woman ought to have a symbol of authority on her head, because of the angels” (1 Cor. 11:10). However, the covered head in the icons of saints also means that the depicted figure is in constant prayer with God. 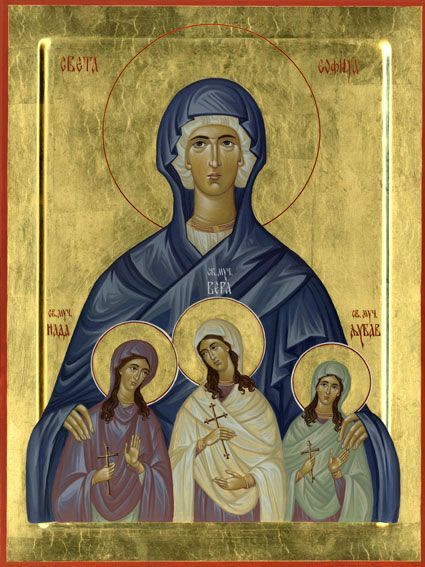 These were the most common garments depicted in the icons of saints. Hopefully, this information will help you better understand the meaning of these beautiful examples of religious art.