Founded by Rostov merchants A. Titov and I. Shlyakov in 1883, the Rostov Kremlin State Museum is now recognized as one of the most valuable objects of cultural heritage in Russia. Located on the territory of the Archbishop’s Yard, a beautiful architectural ensemble of the 17th century, it currently possesses approximately 92,000 exhibits, including antique icons, porcelain, oil paintings, decorative arts, and archeological findings.

While there are many unique pieces of religious art in the collection of the Rostov Kremlin State Museum, from precious church utensils to wood carvings, antique Russian icons have always occupied a very special place in it. For this reason, we want to draw your attention to a stunning selection of antique icons of the Mother of God, dating back to the 14th – 15th century.

This piece of antique icons depicting the renowned Orthodox image of the Mother of God Eleusa came from the Church of St. John the Evangelist on the Ishna River, not far from Rostov. The most interesting thing about it is that the reverse side of this antique icon (see photo above) depicts the Holy Martyrs Eustathius and Thekla. This image was painted in the late 13th century, which is almost a hundred years earlier than the image of Our Lady of Tenderness.

As you already know, the Mother of God Hodegetria is one of the most beloved and revered Eastern Orthodox icons of the Theotokos in Russia. This particular antique icon came from the Church of St. Dmitry of Solun in the Ponikarovo village, Rostov region. 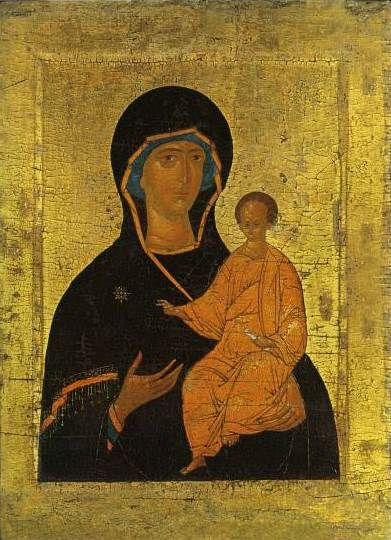 Created in the second half of the 15th century, this beautiful piece of antique icons of the Mother of God was part of a Deesis (a set of Orthodox Christian icons depicting Christ, the Virgin Mary, and St. John the Baptist). It came from the Church of the Intercession in the Gumenets village, Rostov region.

This hand-painted icon of Our Lady of Tenderness represents one more example of two-sided antique icons in the Museum’s collection. Its reverse side depicts another popular in Russia image – St. Nicholas, the Wonderworker. It came from the Church of St. Dimitry of Rostov in the Pesoshnya village. 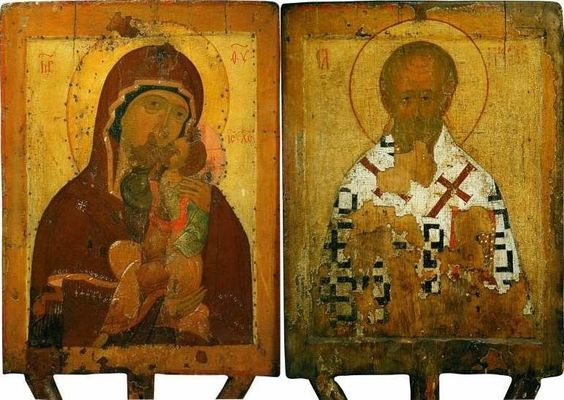 These were only several examples of unique Marian icons you can find in the Rostov Kremlin State Museum. Its collection is truly impressive, with a whole range of incredible antique icons that are definitely worth seeing.