Russian Icons to Be Auctioned at Doyle New York

On January 31, Doyle New York will hold its first Russian Works of Art Sale this year. Featuring a beautiful selection of Russian icons, Faberge, bronzes, silver, and memorabilia, the upcoming auction will be presented as part of the English & Continental Furniture & Decorative Arts and Old Master Paintings sale.

Among the highlights are the Faberge silver samovar estimated at $35,000 – $55,000 and the bronze sculpture by Prince Paul Troubetzkoy, entitled “The Younger Daughter of Mrs. William K. Vanderbilt,” estimated at $25,000 – $35,000. As for the Russian icons, the most valuable lots include works from the 19th – early 20th centuries, many of which come from the renowned collection of Russian Grand Duke George Mikhailovich. Here is our selection of Russian icons to be auctioned at Doyle New York this week:

A very beautiful Russian icon depicting Jesus Christ, with the Mother of God to the right and St. John the Baptist to the left (see photo above). Silver frame decorated with gems, scrolling foliage, and flowers.

A precious example of the famous Faberge religious icons from the early 20th century, given as a gift to Prince Nikita Alexandrovich Romanoff from his mother, Russian Grand Duchess Xenia Alexandrovna. Silver-gilt frame decorated with whorls. 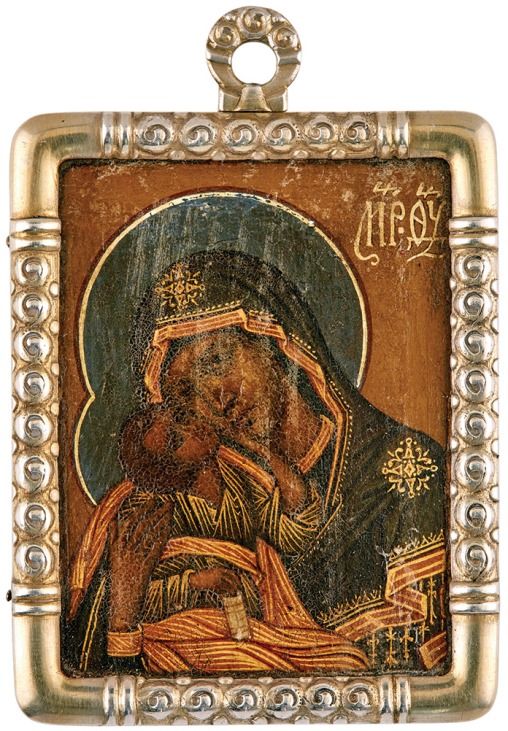 A Faberge icon depicting St. Nina half-length, with a cross and a book in her hands, from the Grand Duke George Mikhailovich’s collection of Russian icons. Silver frame decorated with geometric motifs and foliage. 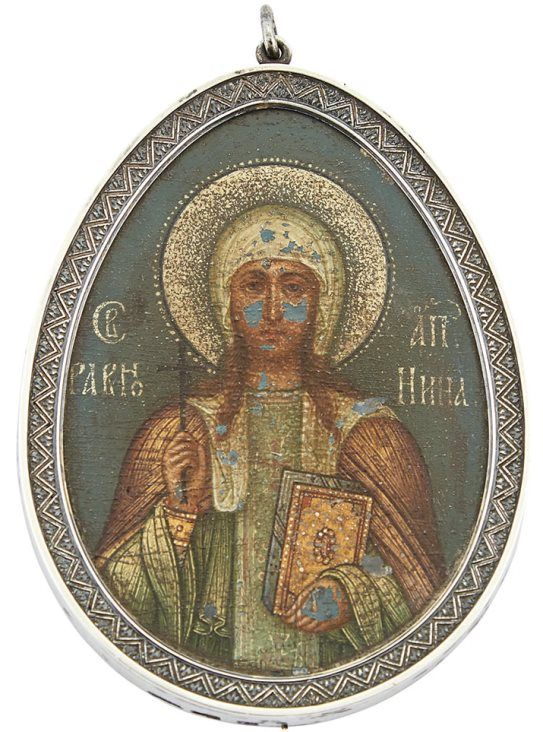 A Russian icon from the early 20th century, depicting a guardian angel with a cross and a sword. The image is damaged, though this Faberge icon is still valuable. Silver frame decorated with geometric motifs and whorls. 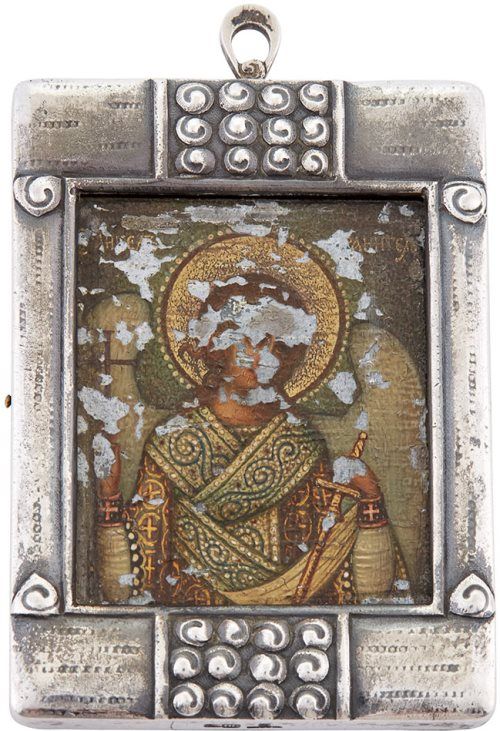 One of the most popular Russian icons, depicting the highly venerated image of Christ Made Without Hands, surrounded by archangels and scenes from the legend of its origin. Created in the 19th century. 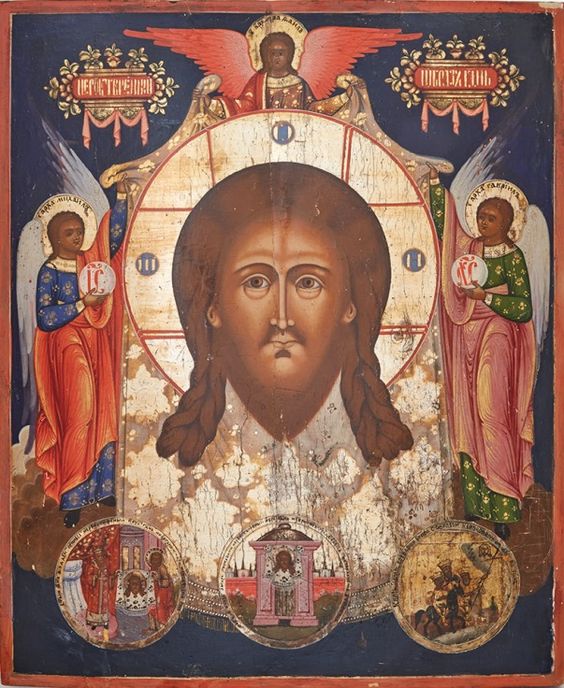 A collection of Russian icons to be auctioned at Doyle New York on January 31 is truly impressive. We are looking forward to seeing the results!