A truly impressive and rare selection of valuables was offered at Sotheby’s Russian Works of Art, Faberge & Icons Sale, which was held in London on June 5. Among the highlights of the auction were monumental vases by the Imperial Porcelain Factory, some of rarest Soviet porcelain items, Faberge masterpieces with Imperial provenance, and a fantastic collection of museum-quality religious icon art, which brought record-breaking results. Here are five of the most important Russian icons sold at Sotheby’s London sale last week.

1. Triptych icon of the Feodorovskaya Mother of God

The top lot of the Sotheby’s London auction was a unique silver-gilt enameled triptych icon of the Feodorovskaya Mother of God (see photo above). The fact is that this amazing piece of religious icon art represents a wedding gift given to Emperor Nikolai Alexandrovich Romanov and his wife Empress Alexandra Feodorovna in 1894. Estimated at $106,500 – 159,800, it was sold for a staggering $540,700.

2. Russian icon of the Rostov saints

This monumental Russian icon of saints in a skillfully made parcel-gilt silver oklad is another amazing piece of religious icon art sold at Sotheby’s Russian Works of Art, Faberge & Icons Sale. Estimated at $26,600 – 39,950, it went under the hammer for an impressive $69,900. 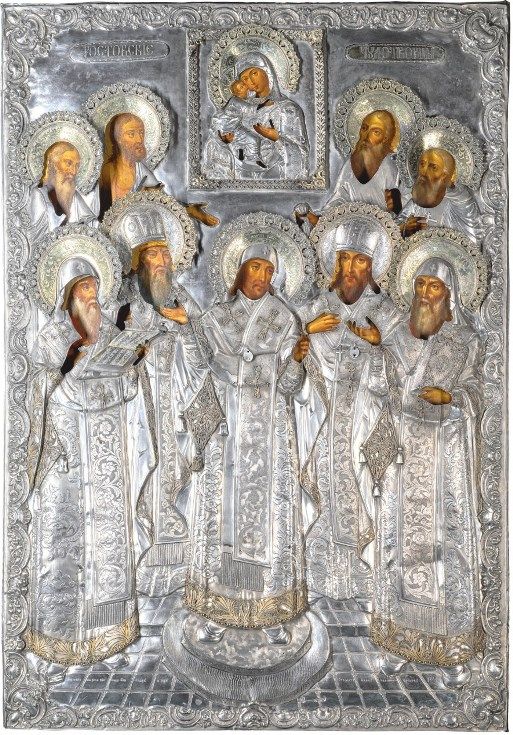 This silver-gilt icon of Christ Pantocrator, decorated with cloisonné enamel, is not only very beautiful but also very important. The fact is that it belonged to Grand Duke Paul Alexandrovich, the youngest child of Emperor Alexander II of Russia. Estimated at $15,900 – 23,900, this masterpiece was sold for $43,300. 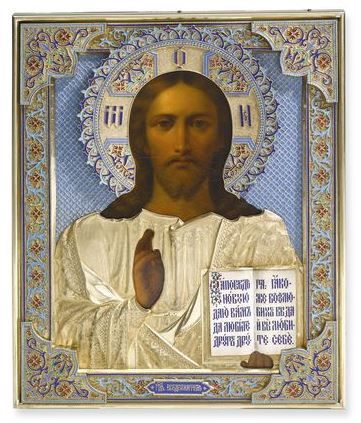 4. Russian icon of the Mother of God of the Burning Bush

The hand-painted icon of the Mother of God of the Burning Bush, created by Palekh iconographers in the 19th century, also showed an impressive result at the Sotheby’s London auction. Estimated at only $4,000 – 6,650, this piece of religious icon art was sold for almost $35,000. 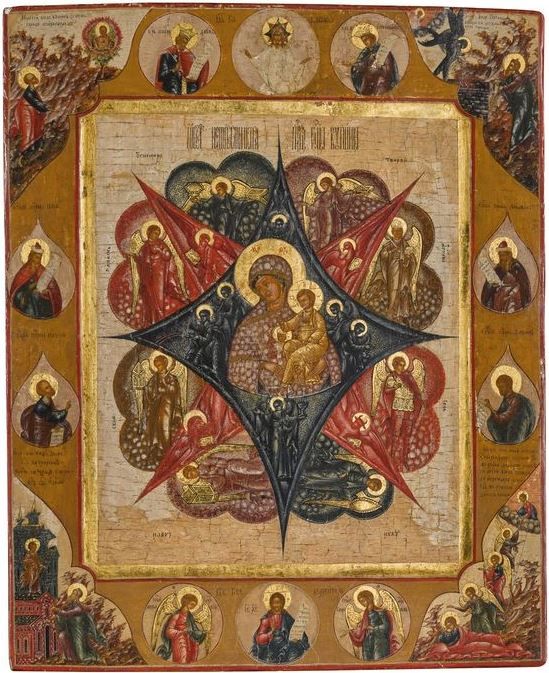 Finally, one more fantastic silver Russian icon of Christ Pantocrator, decorated with champlevé enamel, was auctioned by Sotheby’s last week. It went under the hammer for $32,600 while being estimated at just $4,000 – 6,650. 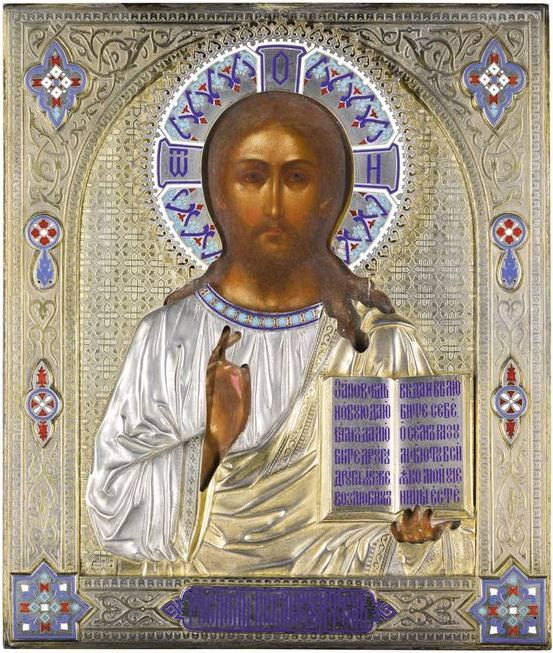 There were many other exceptional pieces of religious icon art sold at Sotheby’s Russian Works of Art, Faberge & Icons Sale on June 5, most of which showed results much beyond any expectations. Overall, the auction brought a total sum of $2,970,250.