Bruun Rasmussen, a renowned international auction house headquartered in Copenhagen, held an online auction dedicated to Russian icon art on March 15. 41 exceptional lots were put up for sale for the delight of collectors and connoisseurs of antique Russian icons. We wrote about some of them in one of our previous posts, but the auction results appeared to be a bit different than expected. Thus, while the Russian icon of the Intercession of the Theotokos was sold within its estimate for almost $1,500, other antique icons from our list remained unsold. Along with that, Bruun Rasmussen auction of Russian icon art still brought several important results you should know about.

A Russian icon with one of the most venerated Orthodox images of the Mother of God, showing the Virgin Mary with the third hand, covered by a chased and punched brass oklad (see photo above). Tempera on wood panel. 33×27cm. 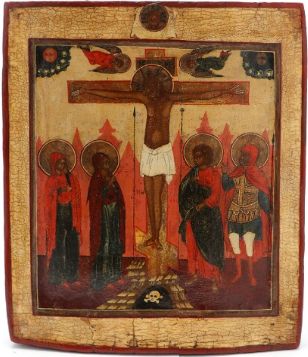 An antique Russian icon of the Mother of God “The Joy of All Who Sorrow” in satisfactory condition, with several crackles and chips. 36.5×31cm. Sold together with two smaller Greek Orthodox icons. 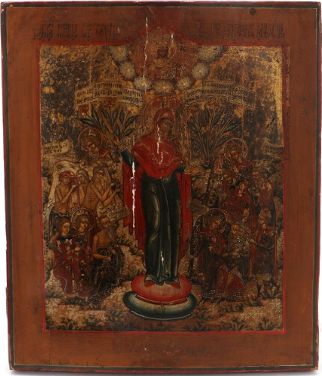 A very beautiful example of Russian icon art from the early 19th century, depicting a saint with the right hand pointing toward the heavens. Tempera on wood panel decorated with floral motif. 51×38cm. 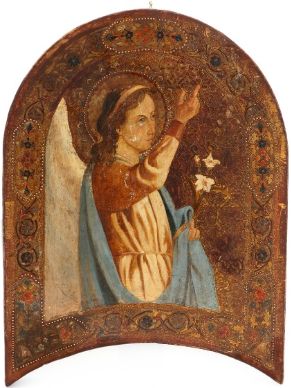 In general, while the latest Bruun Rasmussen auction of Russian icon art ended not as expected, it still showed several interesting and even surprising results. Plus, as you can see, many antique icons put up for sale significantly exceeded their initial estimates. Hopefully, the next Bruun Rasmussen auction will show us a new stunning selection of Russian icons that will bring impressive results and possibly set new records.